Most remote workers use Android and iOS smartphones and tablets. These operating systems offer different levels of security. This article is here to answer some of the critical questions about the security level offered by each.
Schedule A Free IT Services Consultation

The COVID-19 pandemic brought significant shifts in the job market. Remote work is now a norm for most organizations, meaning mobile devices have offered employees the convenience of handling their jobs remotely.

With that shift came the concern of cyber-security, with 85% of organizations reporting that cybersecurity has become extremely important now than in the pre-pandemic era. Many companies have adopted Bring Your Own Device (BYOD) policies. Workers’ phones have become a target to many hackers looking to phish company data and use it maliciously against them (organizations).

Most remote workers use Android and iOS smartphones and tablets. These operating systems offer different levels of security. This article is here to answer some of the critical questions about the security level offered by each. 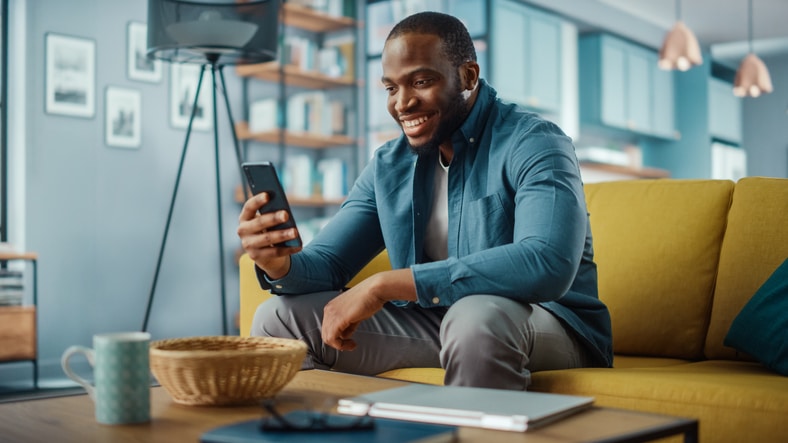 Which operating system is more secure between iOS and Android?

That is a question of much debate, but we believe iOS is a more secure platform, providing better protection and security to users’ data and personal information than Android.

What are the security advantages and disadvantages of IOS?

iOS is a closed system, and Apple doesn’t release its source code to developers. Neither iPhone nor iPad users can modify the code on their smart devices independently. That mitigates cyber-security threats since hackers can’t find any loopholes for retrieving data on iOS-powered devices.

It’s the opposite case with Android OS’s open-source system. Phone manufacturers can modify the source code to support the devices they roll out. That results in extensive security variability within the system because different developers have different levels of expertise in cybersecurity. It opens up a lot of potential vulnerabilities.

Besides, Apple deeply screens apps for malware before including them in Apple Store. While the vetting process has its flaws, having apps in a centrally controlled platform reduces the risk of installing malicious apps. The only downside is that developers can’t scrutinize it for security like Android because it is a closed system.

What are the security advantages and disadvantages of Android?

Android OS is like a double-edged sword. Its open-source ecosystem allows for code scrutiny. Developers can screen it, identify vulnerabilities, and report them for security improvements.

The disadvantage is that it leaves security responsibilities to the device manufacturer. They customize the source code for compatibility with their device. Here’s the caveat: End-product manufacturers have varying security levels and standards. Thus, security levels vary from one developer to another.

Android users can download apps from unverified third-party stores that may contain malware and steal their mobile data and personal information. The OS works with another Google open-source project, and some apps in Google may also contain viruses and worms. For enhanced security, buyers must ensure they purchase apps from verified developers with fool-proof security practices.

Which OS update has had the worst security flaws?

Although there have been several mobile OS updates over the years, the worst update vulnerability in mobile OS history is Android text message (MMS). Every Android user is at risk because this vulnerability enables an attacker to easily introduce malware on their phone via text message.

The problem is you don’t have to open the message to expose your data. It takes place even before your phone chimes to alert you of a received message. That’s why it’s so dangerous and infectious – it comes in silence without you noticing.

The NYU IT Security News highlighted that the vulnerability stems from Google hangouts and “Stagefright” media player. Once you enable Hangouts, it automatically processes MMS files. Once you receive a message, Hangouts will read the media file, and Stagefright will advance the embedded malware code.

While Google has attempted to make updates to mitigate the vulnerability for Android, it isn’t in direct control of the OS. Device manufacturers, such as Samsung, HTC, Techno, LG, etc., are responsible for tweaking the Android source code to patch the flaw.

Is Android open-source code a weakness or a strength? Why?

While Android’s open-source OS has benefits, such as scrutiny of vulnerabilities by developers, accessibility and customization freedom opens up many layers of flaws, considering multiple companies are responsible for the security and OS updates. The lack of a central uniform control increases the chances of susceptibility.

Additionally, app purchase and installation processes on iOS and Android are different. Android users can purchase apps indiscriminately from unverified developers, opening opportunities for malware attacks. With iOS, apps must undergo a robust approval process before being installed on an iPhone or iPad, making the OS inherently more secure.

When it comes to mobile data security, iOS beats Android hands-down. The former’s app evaluation process is stricter than Android. Provided that Android is an open-source OS, phone manufacturers and app developers can customize it. That introduces more variability across the platform, increasing virus and malware attacks. Besides, the old adage advises: Too many cooks spoil the broth.

BC Networks provides client-first, affordable, and reliable managed IT services and cybersecurity. If you think there are vulnerabilities within your San Jose company’s IT infrastructure, contact us today! We provide multi-leveled security protocols and employee training to ensure your networking system remains secure against external cybersecurity threats.

Thanks to Kelly and Sean at Orbis Solutions, a Las Vegas IT support company for their help with this article.