Google has been hitting their stride with their smartphones in recent years. When the first Google Pixel was released, many tech experts and consumers were impressed by the phone’s capabilities and features. In 2018, Google is expected to release the Google Pixel 3, and everyone seems to have even higher…
Schedule A Free IT Services Consultation 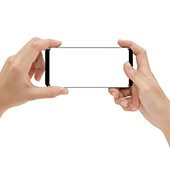 Google has been hitting their stride with their smartphones in recent years. When the first Google Pixel was released, many tech experts and consumers were impressed by the phone’s capabilities and features. In 2018, Google is expected to release the Google Pixel 3, and everyone seems to have even higher hopes for it.

Design
What we’re hearing through the grapevine is that the Pixel 3 will look a lot like its predecessor, featuring its classic backside shade, a USB-C port, and speakers in the bottom bezel. However, the larger Pixel 3 XL model could have a notch for the front-facing camera just like the iPhone X. The Pixel 3 will be around 5.3 inches, while the 3 XL version will be around 6.2 inches.

Google also hinted that there might be a third model released this year that could be a more compact, mid-range model for consumers on a budget.

Improved camera
While several other companies’ smartphones come with two rear cameras, it looks like Google is sticking with one. However, the single-lens rear camera will probably be powered by Google’s AI camera technology to take higher-quality photos with more background blur.

Faster hardware
Experts anticipate that the Pixel 3 will have significant improvements in its internal components. One leak has revealed that the Pixel 3 model will have at least 4GB of RAM and a modern, 2.8 GHz smartphone processor. That’s as fast as some mid-range laptops today, making the Pixel 3 an attractive option for executives who need a bit more power in their mobile devices.

Release date
Google has typically unveiled Pixel phones in early October, so look for the Pixel 3 and Pixel 3 XL sometime this autumn. It’s also expected to be the first device to come with the highly anticipated Android P operating system, so think of it as an early Christmas present.

But remember, Google is still working on the Pixel 3 and Pixel 3 XL, so there’s plenty of time for more changes and more updates.

To follow all the updates about the Pixel 3 and be the first to hear about the release date, stay tuned to our blog. We stay on top of the latest tech trends to help you sharpen your competitive edge.