Facebook’s 13-to-17-year-old users are declining despite the overall growth of the social media giant’s subscribers. A new survey by Pew Research Center found that only 51% of US teens are using Facebook, compared with Snapchat (69%), Instagram (72%), and YouTube (85%). Reasons for user demographic shift The same survey found…
Schedule A Free IT Services Consultation 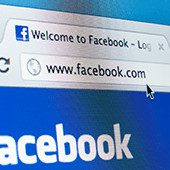 Facebook’s 13-to-17-year-old users are declining despite the overall growth of the social media giant’s subscribers. A new survey by Pew Research Center found that only 51% of US teens are using Facebook, compared with Snapchat (69%), Instagram (72%), and YouTube (85%).

The current youth demographic group favors visually appealing posts. As a result, teens prefer platforms like Instagram and Snapchat that allow them to beautify their photos and instantly share them with their friends. This is unlike Facebook where users can only upload, share, read, and like curated posts, which is deemed “uncool” by teenagers.

Youngsters are known to be highly expressive, but this is impossible to do if they’re friends with their mom, dad, or other adults on social media. Snapchat and Instagram solve this by allowing teens to control who’s able to see their posts. What’s more, Snapchat and Instagram stories allow users to send time-limited messages. Unlike regular Instagram posts, Instagram stories allow users to share images or videos on their app immediately. These images and videos will then be removed from the platform after 24 hours, similar to how Snapchat works.

These two features mean users can upload more “adult-oriented” posts without worrying that their parents will see them. Users can also get peace of mind knowing their uploaded photos or videos will be removed from the app after a period of time (usually 24 hours).

The next steps for SMB marketing

It’s crucial for small- and medium-sized businesses (SMBs) that have a limited marketing budget to understand which platforms reach which demographics. For example, SMBs targeting customers aged 13 to 17 years should rethink their marketing strategies if they’ve invested mainly in Facebook ads. They should consider reallocating their advertising funds to Snapchat, Instagram, or YouTube where their target customers are most active.

This doesn’t mean companies that have invested in Facebook marketing won’t see any more benefits. The survey discovered that 70% of US teens from lower-income households use Facebook, a much higher figure than those from middle income families or wealthy families.

But if you do decide to move your Facebook ad spending to other platforms, keep in mind the different preferences based on gender. More girls (42%) identified Snapchat as their go-to platform compared with boys (29%). On the other hand, more boys (39%) identified YouTube as the platform they used most frequently compared with girls (25%).

It is highly recommended that businesses of any size use more than one type of marketing channel to attract customers. Not only will your company’s search engine rankings increase naturally, but having more than one approach can also help you reach more of your target demographics and compete better with similar companies. We help SMBs make the best of their marketing funds by tailoring marketing strategies that reach the most teenagers, so if you’re interested in social media marketing, send us a message today.